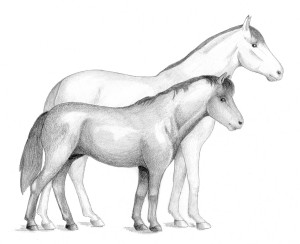 The volume describes the animal remains found throughout Metaponto and discusses what they reveal about ancient practices of hunting and herding, domestication and importation of new breeds, people’s attitudes toward animals, and what animal remains indicate about past environments. A chapter devoted to bird bones, which are a relatively rare find because of their fragility, provides high quality information on the environment and methods of fowling, as well as on the beliefs and symbolism associated with birds. The final chapter covers tools—some simple, others sophisticated and richly decorated—made from animal bones.

The archaeozoological analysis, an integral part of the studies of the chora of Metaponto, receives the pride of place in the series because of a special set of circumstances. The full publications of the six archaeological sites from which these materials originate are underway, and several a

lso contain digital companions presented here, but Sandor Bokonyi’s study of the fauna from the chora was essentially complete in 1989. There was much more that he would have wished to do, but the main results had already been reached before his work was cut short by his premature death in 1994. Fortunately, his younger colleague, Laszlo Bartosiewicz, rose to the challenge of completing the project, and along with his students—Erika Gal, Eva Nyerges, and Anna Biller—brought the book to light.