The four-volume publication, The Chora of Metaponto 3: Archaeological Field Survey—Bradano to Basento, presents approximately half of the results of ICA’s systematic, intensive surface survey conducted within the territory (chora) of Metaponto. Nearly six hundred sites, ranging in date from the prehistoric through the modern periods, were documented between 1981 and 2001 in an area between the Bradano and Basento Rivers measuring approximately forty square kilometers. Sampling most of the topographical and geomorphological features typical of the landscape, sites within this area represent all aspects of the chora’s occupation and settlement over the course of more than six thousand years. 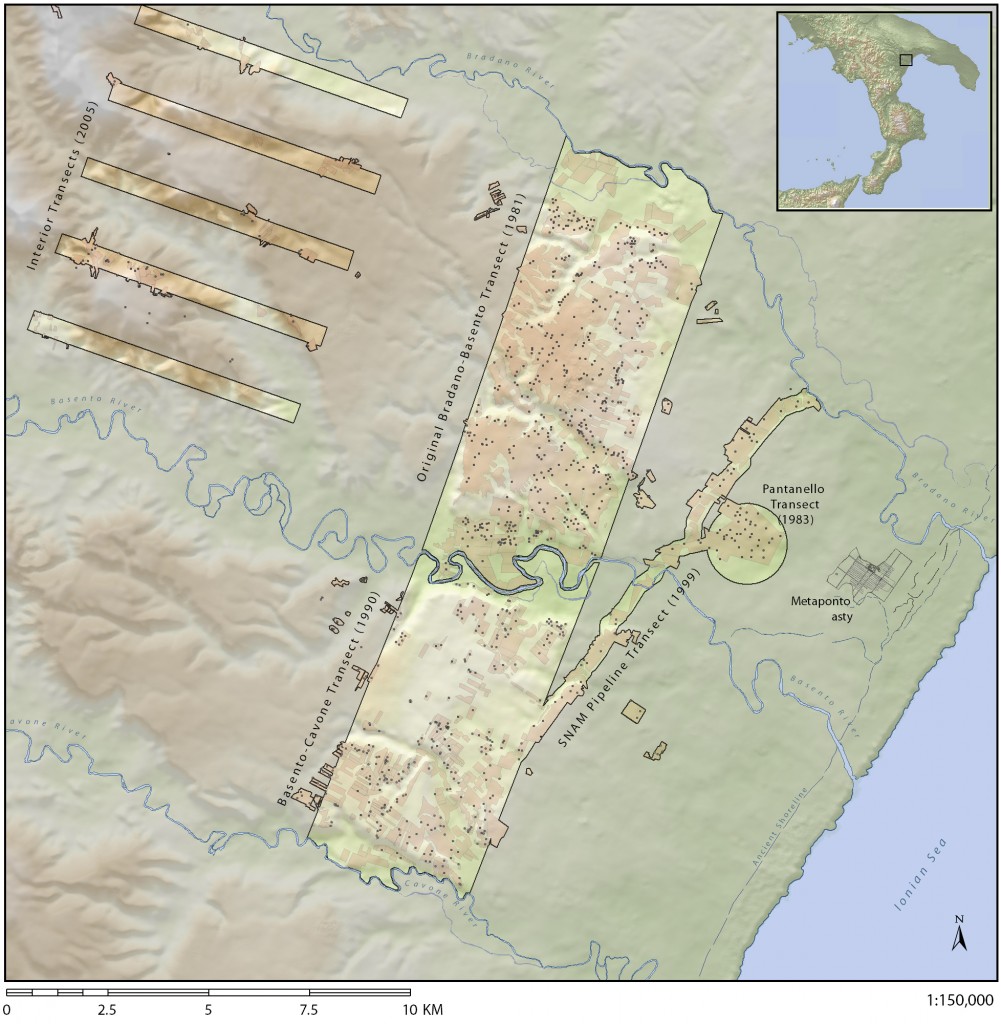 The results and interpretations presented in the print volumes include studies on the environment and landscape (geology and geomorphology), the classes of artifacts (stone tools, ceramics, and metal objects) of greatest cultural and chronological significance, and the methods and procedures employed before, during, and after the fieldwork. 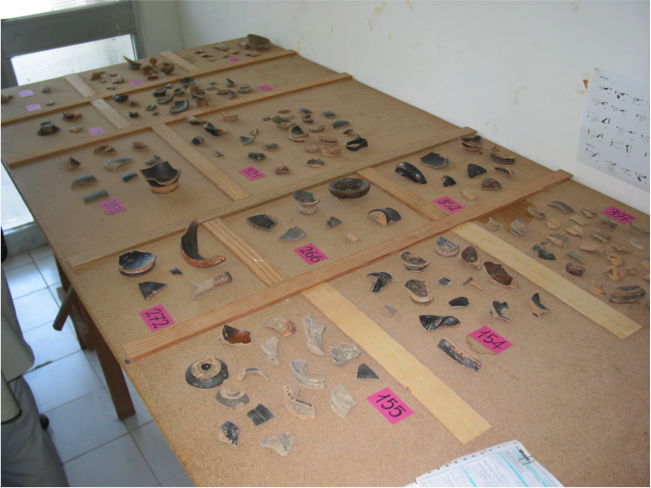 The data behind them can be accessed here.